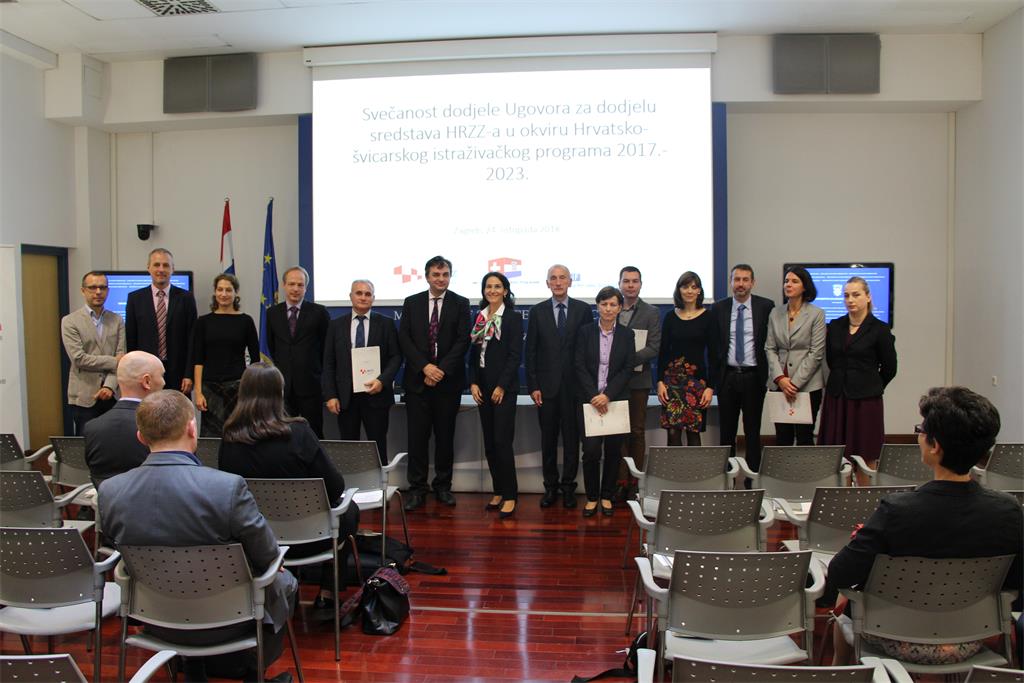 Posted at 16:18h in News by Lana Zadravec 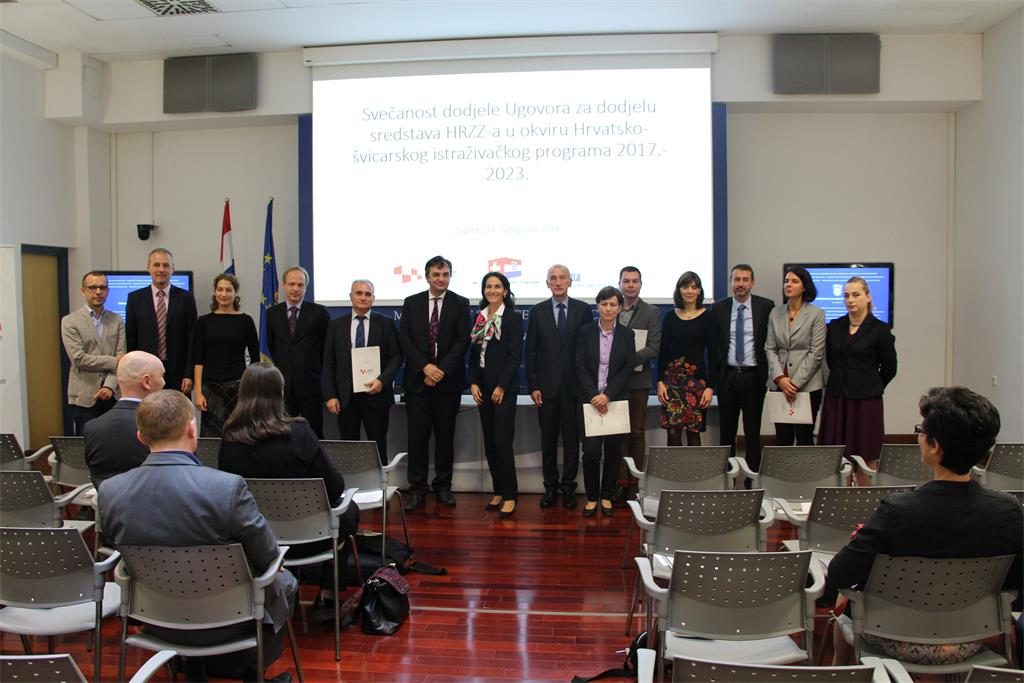 Through the implementation of CSRP project will be ensured preconditions for successful implementation of scientific-research projects through which will be achieved close cooperation between Croatian and Swiss researchers as well as transfer of knowledge, skills and technology. The value of “Croatian-Swiss Research Programme 2017-2023” is CHF 4.67 million, with Swiss contribution in the amount of CHF 4 million and Croatian co-financing in the amount of CHF 0.67 million.

The ceremony was opened by the Ambassador of the Swiss Confederation in the Republic of Croatia, Ms. Emilija Georgieva, who emphasized the commitment of the Swiss Confederation to the advancement of the science system in the Republic of Croatia. Afterwards the attendees were addressed by the State Secretary at the Ministry of Science and Education, Mr. Tome Antičić, who explained the role of the Ministry of Science and Education in implementation of the “Croatian-Swiss Research Programme 2017-2023” and its importance for promoting excellence in Croatian science system. The president of the Croatian Science Foundation Board, Academician Mr. Dario Vretenar, briefly presented the “Croatian-Swiss Research Programme 2017-2023” and emphasized the importance of the international cooperation of Croatian Science Foundation and Croatian scientists with their Swiss partners. Furthermore, Mr. Vretenar thanked to all participants in the project selection process and congratulated the selected researchers and their organizations. Prof. Mirjana Čižmešija from the Faculty of Economics in Zagreb, the co-chair of the Evaluation Panel, presented the procedure of evaluating received project proposals, based on which 11 projects were selected for financing out of received 111 project proposals.

The ceremony was attended by project leaders and leaders of their organizations, as well as Croatian members of the Evaluation Panel, representatives of the Embassy of the Swiss Confederation in the Republic of Croatia, the Ministry of Regional Development and EU Funds, the Ministry of Science and Education and Croatian Science Foundation.

We use cookies on our website to give you the most relevant experience by remembering your preferences and repeat visits. By clicking “Accept All”, you consent to the use of ALL the cookies. However, you may visit "Cookie Settings" to provide a controlled consent.
Cookie SettingsAccept All
Manage consent

This website uses cookies to improve your experience while you navigate through the website. Out of these, the cookies that are categorized as necessary are stored on your browser as they are essential for the working of basic functionalities of the website. We also use third-party cookies that help us analyze and understand how you use this website. These cookies will be stored in your browser only with your consent. You also have the option to opt-out of these cookies. But opting out of some of these cookies may affect your browsing experience.
SAVE & ACCEPT